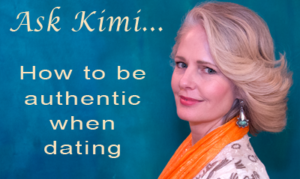 I am having some issues come up that I could love your input on. I’ll try to be to the point…

I’m seeing a new guy, Dean, who is much more “relationship material,” however our chemistry is only between 5-7. which is good because intellectually and otherwise I am intrigued and want to give it a chance.

However, I find myself thinking about sex with some of the guys I was sleeping with recently. I’ve reached out to some of them, and have another potential lover who is strictly sexual no questions asked. I know I’ve said that I’m monogamous etc., but now I’m wondering if that is actually true.

What I would LOVE is to keep sleeping with some of these guys and keep getting to know Dean but not sleep with him until I’m sure I want to have a relationship with him. Does that sound crazy? Also, I know he’s gonna want to know about my life so how would I go about telling him I have lovers without discouraging him into thinking that I’m not serious about having a serious relationship (one day)?

Thanks!
Am I Crazy”

Dear Am I Crazy,

First off, congratulations on exploring your true desires. Sometimes it takes situations like this to help the needed exploration to come to the surface. Like the question of monogamy or polyamory.

There are many reasons for confusion regarding monogamy and polyamory. Here are two:

Sometimes we’re programmed by our culture to believe we “should” be monogamous. That doesn’t make it right or wrong.

Sometimes people opt for polyamory because it keeps them from getting too close to one person and, in their minds, keeps them safe.

What’s important here is to explore what’s true for you and then learn how and when to let a prospective partner know.

Secondly, let’s talk about Velcro Girl. Velcro Girl is the tendency to immediately feel the need to disclose that you’re dating or being intimate with other people, or feel the need to shut off other relationships when you first meet someone you’re interested in. In your case men who you have sex with.

This tendency gets women into trouble because it’s like she’s betting all of her money on one horse at the race track. Until you get to know someone, focusing all of your attention on that person can lead to heartbreak.

Thirdly, Remember The REAL Truth About Successful Communication Between Men and Women? Men are natural Concealers, and women natural Revealers. Women tend to be more transparent, believing that “to know me, is to love me.” Men tend to naturally keep their cards to their chest.

Fourthly, you get to be the chooser. The sooner you express what you desire in a long term relationship, the more likely you are to get it.

The Bottom Line is that telling your date what you desire in the future is not the same thing as disclosing who you’re dating and being intimate with.

Letting your date know what you desire let’s him choose if he fits into that scenario.

Letting your date know that you’re being intimate with another man or other men, is putting the cart before the horse.

Since you’ve just met Dean, there is no reason to disclose that you have other lovers, and there’s every reason to share what you desire in the future.

Got a great question for me???? Submit it here: https://www.surveymonkey.com/r/my-ask-kimi-question

Maybe you’ve heard that on average men use 5,000 words per day and women use 25,000. But did you know that this simple statistic can wreak havoc in your relationship if you don’t know where your partner is coming from when you ask them something as seemingly harmless as: How was your day?! 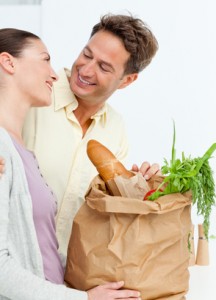 This is because men and women use words to achieve different goals.

They’ve usually put a lot of thought into what they think about things, and so they need far fewer words to express the point.

For men: the point matters and they listen for the point.

Women use words to forge connection!

They spend a lot of time gathering details about the world, and they share all of those details for the purpose connecting with people on an emotional level. The more they talk, the deeper they connect, and women need that connection to sustain themselves.

For women: there is no comparable “point” because just sharing is the point.

When you ask your woman how her day was, she hears that she matters. That you care. Because your caring is priceless to her, I would encourage you to ask her about her day every day!

When she answers, make sure to listen like there’s nothing to fix because YOU GET YOUR POINTS BY LISTENING!

When she’s done talking, ask her any question you’ve saved up, or ask her if there’s something specific she wants you to remember (because maybe that was an awful lot of stuff!).

Just listening without interrupting provides her with the space she needs to share herself and feel more connected to you in your relationship.

Remember that your man is ALWAYS single focused, so you’ve got to get his attention before diving into a conversation. You could start by saying something like, “Hey Honey…” and wait until you have his attention.

Then ask him, “What do you want me to know about your day?” If your man gives you a one word answer about how his day was, BELIEVE HIM! There’s nothing in a man’s nature to make him share the details, and questioning feels like prying to him.

When you want to connect, think about something specific you want your man’s input on, ask him what he thinks, and wait.

As crazy as it might sound: Imagine plastering pink duct tape over your mouth for a minimum of 30 seconds! Do not interrupt. Do not re-phrase the question. Resist the urge to think that he didn’t hear you the first time!

YOU GET POINTS FOR WAITING!

Waiting provides him with the space to actually think about what he thinks long enough to formulate his point and answer your question in a way that’s meaningful to him! Waiting shows him that what he has to say matters to you as much as it does to him.

Waiting will help to forge the connection that you yearn to create!

If you’ve been having problems connecting with your partner and building the relationship that you want, I offer Relationship Breakthrough Sessions for Singles, Couples or Partners Flying Solo ready to turn their dating and relating experiences around right now!

Did you know that one of the biggest ways to get yourself into relationship trouble is to expect that you and your partner are the same? 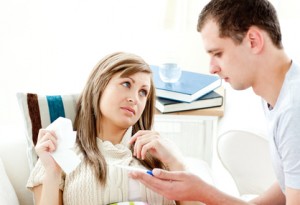 For the last 40 or so years, as women have forged the right to work equally among men in the world, we’ve been trying to see each other as the same.

Having equality is essential, but “equality” is not the same as “sameness,” and this confusion does damage to how we relate to each other, especially in the relationship realm.

The truth is that biologically, we’re not the same. Men and women are hardwired differently. We have different motives and behaviors based on the way masculine and feminine modes of being play out in our life roles and interactions with one another.

Generally speaking, the Masculine Mode is single focused, time bound, and about producing for and protecting the people in their commitment circle.

Feminine Mode, on the other hand, focuses on many things simultaneously, is eternal, and works to support, nurture and enhance the lives of the people around her.

While both offer great contributions to each other, they misread each other most of the time and give advice based on their own perspective. This leads to frustration in relationships when the Masculine doesn’t do things the way the Feminine would do them, and vice versa.

It gets even worse when we are unable to see where our partner is coming from and make them wrong for being the way they are, then we get angry because they can’t be who we want them to be when we’re just trying to help.

Have you ever experienced that? I have.

I was working with a couple recently, and they weren’t seeing eye to eye about work. She is working on a huge time consuming project that she loves, is taking care of her aging mother, and works as a life coach. She spends a lot of time doing all kinds of things that she loves while her sweetheart has a job that he doesn’t particularly like.

He looks at her and sees her doing multiple things and wants to take care of her and help her to focus on one thing. So, he was saying things like, “Stop doing that,” or “Just focus on your project.” But to her, just focusing on her project would be like death. She cares for her mother, she loves her coaching AND she loves the project she’s working on.

She looks at him and sees him in a job that he hates. She hears him express his unhappiness about what he’s doing. She cares about him so she gives him the advice to do something that he loves, because that’s what she, as a woman, would put her attention on. It’s all about life enhancement for women. So she encourages him to do something that will enhance his life. However, her input gets brushed aside because what he’s doing provides for himself and his son. He can’t see himself leaving his job until his 15 year old son is grown.

On the surface it looked like they’re helping each other. But because they didn’t understand how the other one operated in the world, they were unintentionally hurting each other. If this type of conversation gets a foothold in your relationship, it can mean breakup or years of frustration.

When we worked together, he began to understand that his sweetheart loved what she was doing, and the best way to support her was to make sure she was getting some quality down time to nurture herself so she could do what she loved. She got that the best way to support him was to plant seeds for him that would help him leave his job and move onto something more fulfilling when his son was 18.

Understanding how your partner operates in the world not only averts relationship disaster, it creates the foundation for a life of relationship bliss.

If you want to learn more about the instinctual differences between men and women and how to avoid letting them run your relationship amok, I offer Relationship Breakthrough Sessions for Singles, Couples or Partners Flying Solo who are committed to creating Conscious Partnership.