Have you ever wished you could “get more flies with honey” instead of choking on so much vinegar? 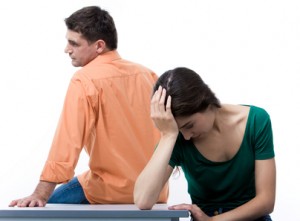 Before you laugh me off, consider this: criticism is the first of John Gottman’s famous Four Horsemen of the Apocalypse.

It predicts divorce with more than 90% accuracy!

Criticism is an easy form of ego defense: we’ve all done it; we’ve all received it. Underneath it all, we criticize when we feel devalued by behaviors and attitudes that we don’t understand.

It doesn’t have to be this way when you understand what you’re dealing with!

At it’s core, criticism is judgment and the Masculine Provider/Protector judges.

He’s FANTASTIC at continually evaluating his environment for strengths and weaknesses because this is what makes him EFFECTIVE, successful, and damned good at his job!

When she feels judged, there’s no love, and her Internal Critic can trigger a Rage Response: it’s ugly, has no reason, she hates it passionately, but there’s a voice inside of every woman that continually knit-picks and tells her she’s wrong, she could have done it this way, she should have done it that way, and there’s always someone else better than her…

There’s no upside to siding with this ‘Ideal Woman’ from the outside!

Maybe it would be better to call her the Ideal Critic, in point of fact.

This is VERY IMPORTANT TO RECOGNIZE because the Feminine responds to criticism by adapting her behavior. This is who she is! What she does! Adapting to her environment is what makes the Feminine timeless and EFFECTIVE!

For a woman criticized once, there will be no twice, because she will change to get a better response. Thus, she instinctively uses criticism to solicit change in others.

But the Masculine will not adapt. It’s not his job. He won’t even think about it because he does not naturally read between the lines to interpret that change is needed.

WOMEN: No amount of criticism will ever change your man!

It will just make him retract, withdraw, resent and avoid you. You need to speak directly about what change you want and what it will provide for you.

MEN: Women experience criticism like physical violence and you will never find a common ground for “reasoning” in their response.

Obviously, judgment is not wrong, but it is important to understand where and when it’s appropriate.

So whether you’re a woman or man, single or coupled, the NEXT TIME A MOMENT TO CRITICIZE SOMEONE YOU LOVE rears its ugly head, I invite you to be curious instead.

You’ll get a lot farther through understanding instead of assuming.

If Criticism has moved you to crisis, there’s hope and help! I offer Relationship Breakthrough Sessions for Singles, Couples or Partners Flying Solo ready to turn their dating and relating experiences around right now!

Better yet, consider SHARING IT with your Facebook friends! 🙂