Did you know that men rarely feel physically unsafe? It’s true. Unless they have a gun to their head, they most often feel pretty comfortable in the world. 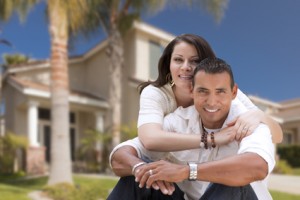 What makes a man feel unsafe has to do with his ability to provide and protect the people in their commitment circle.

Anything that threatens his ability to do what he needs to do to keep the people in his life safe makes him feel unsafe.

Men can only protect others effectively if they feel safe first. Period.

Imagine this, you have a sense that he’s not telling you something. The more you ask, the more he tries to get away from the “interrogation.” The more intense you get because your gut tells you he’s holding something back.

Each moment he doesn’t tell you what’s going on, the more convinced you are that he’s hiding something. Usually this story ends with an unhappy ending.

Does that story sound familiar? You’re not alone.

Here’s the thing, there is nothing in a man’s instinctual nature to get him to reveal anything, and any time he does, it’s because he sees an upside to revealing. He has to know there’s a benefit to revealing what’s in his soul.

The best way to understand this dynamic is to imagine a warrior going off to war. His job is to protect the people he has committed himself to protect. In order to do this, he won’t reveal his weaknesses or his strengths to ANYONE if he can help it OR unless he feels he is completely safe with them.

That’s right. For a man to share what’s deepest inside him, he must feel safe. You are the key to that.

Your man needs to know that you are safe to be vulnerable with. Your irritation, frustration and even anger are unsafe to him. The tone of our voice, the furrowing of our brow, and the intensity that you experience when you feel unsafe cause him to feel unsafe too.

The more you need transparency, the more he clams up. Many relationships have ended because of this dynamic. But it doesn’t have to be this way.

If you have been experiencing challenges in your relationship, I offer Relationship Breakthrough Sessions for Singles, Couples or Partners Flying Solo committed to creating lifelong partnership.

We know that men and women react to situations differently, but do you know why? 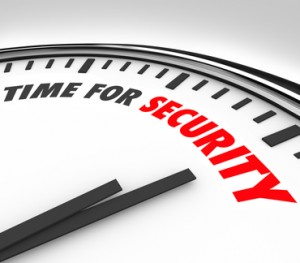 Men tend to be bigger and stronger than women. Because of this, they have a much stronger sense of confidence in themselves and their ability to keep themselves safe. In fact, because of this confidence, they almost always feel safe moving through the world. The exceptions have to do with extreme cases, like having a gun pointed at their head, but in general, there is very little regarding their physical-ness that they experience with fear.

When men and women get into partnership, things like safety can create tension and break relationships up when they aren’t addressed. Here’s an example:

One of my clients, I’ll call Sheila, recently became engaged to a man, I’ll call Brett. They adore each other. Sheila had been single for the most part of 30 years before she met Brett. She also has a daughter. Before she moved in with Brett, she’d lived with a female housemate. They kept the house buttoned up like a fortress, and any visitor was to call before coming over.

Sheila’s now moved in with Brett. They are busy merging their lives together. He has always kept an open-door policy, and she’s been trying to change that because of the unbearable anxiety she feels with the doors unlocked, and the habit of locking everything. They’ve had quite a few heated arguments about it.

When we spoke about the situation, she began by expressing her anger and frustration with Brett’s allowing people to come and go without calling first, as had been her policy when she’d lived alone. She felt like Brett didn’t care about how she felt. She was right; it hadn’t even occurred to him why she might feel afraid.

During her coaching session, she began to understand why Brett wasn’t concerned at all about the house and the safety. He’s a big man and had never in his life experienced a physical threat. Not only that, because he sees himself as her protector, he knew he was protecting her. Something she didn’t understand by his casualness in addressing her concerns. He’s say things like, “it’s fine, just let it go,” and “you’re making a big deal out of nothing.” Unfortunately, this was only making her feel more anxious and uncared for.

Women experience real and imagined threats to their physical safety almost every day. From a man’s loud voice when he’s angry that triggers her instinctual fears, to choosing the safest parking space when parking their car. Most women take it as par for the course to pay attention to these things, however it’s something that most men will never truly understand because of how they experience the world.

Together we came up with a plan for her talking with him about what she needed in order to feel safe. It was through understanding their differences that she was able to explain to him why she was afraid. He was able to conceptually understand where she was coming from, although he will never truly get her experience.

With this understanding, they were able to have a civil conversation and put a protocol in place that allows her to feel safe and him to still have his friends and family feel comfortable coming over.

Have you found yourself repeating the same pattern in relationships? 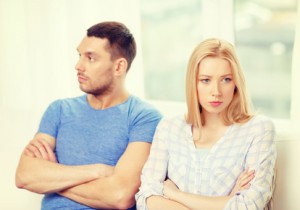 You met someone wonderful. You thought you’d found your soul-mate. Wondered where they’d been all your life. A person who shared your values, dreams and aspirations… and then they turned into a dud?

If you left, then what? A new relationship? A new start? But you’ve done that before, haven’t you? Walked away because nothing was working anymore. The excitement was gone. The passion had died. The fantasy was shattered, and you couldn’t figure out how to fix it. You even tried everything you knew how to do.

What doesn’t feel easy, but works better than criticism, blame and calling it quits… AGAIN, is taking personal responsibility for how you feel and how you approach your relationship.

People spend years going from being deeply in love and getting married to hating their former spouse and calling it quits. I’ve seen the fallout from families destroyed, and the frustration of looking for someone new.

I’ve also seen relationships turn around with the right information that I teach in the Relationship Navigation System.

Everything you feel radiates outward and attracts more of the same to you. Period. If you’re feeling angry or upset, it’s as though those feelings attract more situations that make you angry and upset. When you’re feeling good, you attract more good things. Things either spiral downward into the toilet or upward into the heavens. You’ve experienced it at least once. Right?

The problem is that just saying positive affirmations doesn’t work in relationships. You need to learn how to focus your attention and create the magnetism for what you truly want.

If you need support, and want to learn a better way, sign up for a Relationship Breakthrough Session and find out how I can help.

The other day, I was doing a Relationship Breakthrough Session with a couple who is struggling in their relationship. They’re what I call a conscious precommitted couple; they were at an impasse because they weren’t sure they were on the same page about their future. 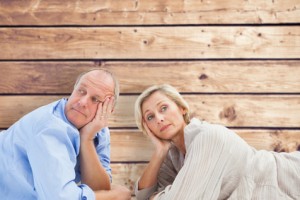 Dave is 54 years old, and is uncertain about getting married again, because he’s been married before.

Like most Conscious Couples, they’ve made some great choices in their relationship, but what they haven’t done is make a plan for how they want their life to be.

They have been winging it up until they hit a major roadblock.

She’d brought up the idea of marriage early on, but because they’d been having a great time together, it has sat on the back burner for the last year and a half.

Then one night at dinner, she brought it up. She thought the conversation had gone well, but it turned out that he felt broadsided.

She was surprised because she thought they were on the same page. And it’s not that they aren’t, it’s just something they haven’t talked about for most of their relationship.

There seems to be a fear about talking about the future of your relationship because maybe you’ll jinx it. The unfortunate thing is that when you don’t talk about it and create a plan for how you want to be together and what you want to do, you end up winging it, and when you wing it, you get “wing it” results.

That’s why I recommend creating a Relationship Plan (in writing!) every year. Taking the time to think about and discuss what you want your life together to look like now – for the next 12 months – will keep you on the same page as a couple, and help the universe kick in its part to ensure you get great results.

In the meantime, if you’ve been having problems connecting with your partner and building the relationship that you want, schedule a 30-minute appointment with me to discuss your unique situation and goals and what you can start doing right away to achieve them.

I saw an amazing video a few weeks ago that I want to share with you, titled “The Science of Happiness – An Experiment in Gratitude,” produced and posted on YouTube by SoulPancake.

When SoulPancake read a research paper proving that “one of the greatest contributing factors in the overall happiness in your life is how much gratitude you show,” they produced the video to document their own happiness experiment with impressive results:

Not only do gratitude and happiness have a positive correlation, but they were able to show that the LESS HAPPY YOU ARE, THE BIGGER HAPPY-JOLT YOU GET! when you start expressing gratitude to and for the people in your life that you love and appreciate.

So, watch the video! Feel your heart open up and start soaring! Laugh and cry with the real people participating in SoulPancake’s yummy experiment!